To truly understand your patients problem prior to therapy, it is imperative to have a good working knowledge of Cephalometrics. Triple O offer a full Cephalometric tracing service using the latest Bimler tracing methodology.

In the United States, the concept of using statistical norms in the evaluation of the occlusion of teeth was introduced in the early 1900's. Shortly after the Second World War, Dr. Hans Peter Bimler of Germany began to work on a cephalometric analysis that differed from that of the normative type, he collected an enormous amount of material to substantiate his findings.

His analysis deals not only with the relationships in the facial profile, but its greatest merit comes from the study of basic skeletal structures. Dr. Bimler went to anthropology to seek the answers for many problems that could not be solved by normative data. Anthropology records facts and relates various portions of the skeleton, but it does not diagnose. However, there is a vast amount of information available from anthropology for use in relating the components of the skull and how these components affect the human dentition. 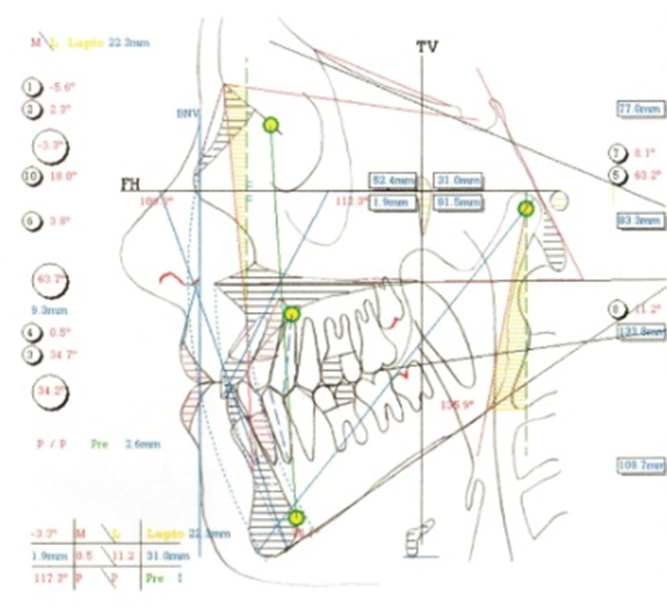 The Bimler Cephalometric Analysis is based on headplate drawings that incorporate a greater number of anatomical features. In this technique, patients are not compared with statistical norms. They are studied with regard to the relationship of their individual morphological and functional components.

The new Bimler Elite analysis makes interpretation of the Cephalometric radiograph simple and extremely accurate. This advanced computer tracing incorporates the Bimler analysis with the best of the Sassouni analysis as well as a very useful evaluation of the soft tissue profile and the adenoidal tissue impingement.

The doctor can easily assess the patients: